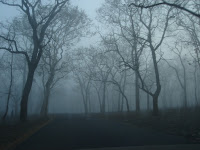 It's a rare thing for me to wander off into the scary forest of politics on my blog, but that's what I'm doing today. So, why do I choose to do it now?

In case you haven't heard, we in the U.S. have an election coming up next Tuesday. We will be selecting a new president, and I've been told the world is watching.

I have many friends all across the political spectrum, and the last thing I want to do is offend any of them. However, I feel so strongly about this election, I truly feel led to comment.

We have two major party candidates, and one of them is Hillary Rodham Clinton. She is under investigation by the F.B.I. If you are a fan of hers, you may be rolling your eyes and thinking, "Oh, yeah, sure. This is just another smear against her. The F.B.I. found nothing the first time, and they won't find anything again. It's just those Republicans trying to get her."

If that is what you're thinking, that would be inaccurate. It's not any political party doing the investigating, it's the F.B.I. I don't know what they found this time, and neither do you. One thing I do know is the mainstream media is not covering this extremely important story as they should. They have thrown any pretense of impartiality out the window. If, again, you are rolling your eyes, google is your friend. For example, here's just one instance of media bias. There are many, many more. In a recent study, only 7% of journalists considered themselves conservative.This is important, because our media is not covering issues fairly. How can we be well informed if our media lets us down?

There is one monumental story the mainstream media has only given a slight mention to, if at all, and that is the story of the F.B.I's investigation of the Clinton Foundation. It's an investigation that has been going on for over a year, and seems to be more compelling than the email case. This is huge, because it appears Hillary used her position as secretary of state to further donations to the Clinton Foundation, a blatant conflict of interest. In a nutshell, it's suspected Hillary more or less said, "If you give us money, Bill and/or I will give you time, a speech, an interview," etc. This is what's known as "pay for play." How frightening to think our secretary of state may have given special favors to foreign leaders, billionaires, etc., for money, while she was in office. Even scarier, some of these foreign entities are not our friends. In short, it looks like she sold America. If you want to read more about it, you can find it here.

If Hillary Clinton is elected as our president, I'm afraid our country will be paralyzed. There will be investigation after investigation, and according to the F.B.I. sources, a "likely" indictment. This would be a criminal indictment. Criminal. I hope everyone understands that. She may not even be able to serve a whole term. We have things to do, things to fix, and things to work on in our wonderful country. Do we really want to add the burden of criminal investigations of our president and top leaders to our list? 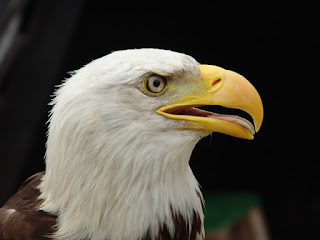 I don't imagine I have swayed anyone by writing this. After all, our choices this time around for president are not wonderful. What I do hope is that people will prayerfully consider their choice before voting. And please, do go vote, if you haven't already. My husband and I took advantage of early voting. We've done our part.

BTW, if you think you know who I voted for after reading this, you might be wrong. I did not vote for Hillary. I bet that wasn't hard to deduce. But remember, most states have at least four choices and a write in space. I'm going to keep you guessing.

As always, respectful comments welcome, but I will not debate anyone. If you'd like to debate, you're welcome to write your own blog.

Because this is actually supposed to be a writing blog and I used some basic writing skills to pen this, I think I'm allowed to say:


Posted by Betty Castleberry at 9:00 AM