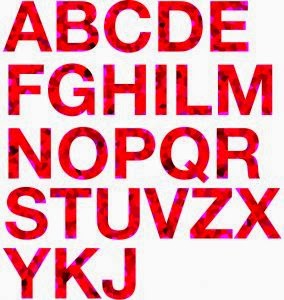 It's a good idea for writers to have a firm grasp on spelling and the rules of grammar. That doesn't mean they have to get things perfect; that's what editors and proofreaders are for. What it does mean is they should be able to write a half way intelligent sentence without a dozen spelling errors.

Now that I've got that out of the way, there's something I want to share. There is an article circulating on the internet that deals with the proper way to pluralize last names. The author uses the example of getting Christmas cards with an unnecessary apostrophe in the surname signature. Many of us have seen them - the card signed "The Smith's" or "The Mooney's." The argument is that the apostrophe makes the surname possessive. First, let me say I don't disagree with this. It does. I understand that. Here is the rule stating the right way to make a surname plural:

That's the basic rule, without getting into plural possessives and a bunch of other stuff that really doesn't pertain at the moment.

Applying this rule, names like my own, Castleberry, would be Castleberrys, which is exactly how I write it if I do want to make it plural.

For the name Rich, the plural would be Riches. I personally find this one a bit funny. I suspect this family has a dog named Rags, but hey, it follows The Rule.

The plural of the name March would be Marches - to the tune of a different drum? But again, it follows The Rule.

The plural of the name Ash would be Ashes. This one makes me think of the Phoenix. Still, it follows The Rule.

The plural of the name Rivers would be Riverses. This is just plain awkward, but it does follow The Rule.

Now that we've got the correct way to pluralize surnames down, let me tell you why it bugs me. I cited a few examples above, but that's only a small part of why I don't love this rule. Let me stress I am talking about proper names only. I have no problem with sticking to the rules when it comes to making any other words plural. I'm also not advocating we throw away a rule just because somebody doesn't like it. Shucks, folks. I've got my pet peeves, too. I don't like to see the words your and you're misused, just so you know I can be a grammar stinker, too.

What's in a Name?


First, the disclaimer: I'm not an attorney. This is just information I've gathered after researching names for literally decades while pursuing my genealogy habit, er, hobby. My first name is Betty. At least in the United States, it is not illegal for me to change the spelling of my name to Betti, or Bettie, of any variation I could come up with. I don't even have to do it legally. Nope, I can just start writing it that way, as long as I'm not doing it for illegal or fraudulent purposes. Surnames are a little trickier, as they involve drivers' licenses, marriage licenses, etc. Still, I can spell my last name however I want to as well, again, providing I don't do it for illegal or fraudulent purposes. Admittedly, you could get crazy with this. If your name was Clarence, you really couldn't spell it Hjyodmyq. That would render the alphabet completely useless. Oh, and you can't use numbers. There is a law against that. Too bad, because I've always kinda liked BR549. But I digress.

If it's your name, and you can alter it if you feel like it, why is it wrong to put an apostrophe where ever you want? Okay, stay with me here. I can hear you groaning. Seriously, let's think about this. A name is highly personal. It's a written visual representation of who you are. I suppose it's the rebel in me, the part that squirms and balks when I'm given an order to do something instead of not being asked nicely. I just don't like someone telling me what to do with MY name. If I feel like adding an apostrophe, I don't see why I can't.

Back to genealogy - names were messed with so much in the past, some surnames are practically unrecognizable from their original form. Even today, although far less frequently, names are changed for ease of spelling. I had a friend whose last name was Tschaver. Okay, that's not her real name, but it's similar, and the first four letters are what's important and exactly the same as in the example. She kept this spelling, but her brother changed his name to Shaver. But, but, but, you say, "I'm not an immigrant with a hard to spell name." I get that. I'm explaining why, for me, this rule is not one of my favorites. I know I'm "wrong", as far as grammar goes. Here's the thing, though. I'm okay with being wrong in this case.


If I haven't convinced you grammarians out there, and I'm guessing I might have shifted the needle one half of one percent for one person, let me add this. In the article I mentioned, it seemed like the author's whole focus regarding the Christmas cards she received was a few errant apostrophes. She didn't say how nice it was to receive the cards, even if there was an error in the signature. No mention was made of the time and effort spent by the sender to wish her a Merry Christmas. In fact, she said those naughty apostrophes "quelled her Christmas cheer", and then she burned up the cards. I guess we have different priorities, but things that "quell my Christmas cheer" would be a son or daughter in the service who gets deployed on December 23rd. A fiance who broke off an engagement on Christmas Eve would certainly do it. Or maybe if my house burned down a few days before Christmas, that would be a real bummer. A misplaced apostrophe? Pffftt... Can't we relax a little and at least in certain circumstances, overlook a rule now and then? 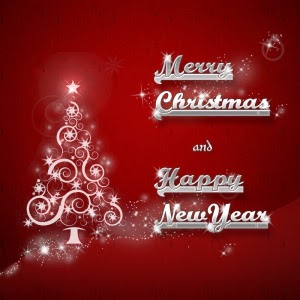 So, when you send your Christmas cards,  and you're not sure how to make your surname plural, you might want to follow the rules of grammar; unless you send one to me. You can stick apostrophes in the beginning, middle, and end of your signature, and I'll still love your card.

Now you are all two cents richer. Go out and spend your extra coppers on a Christmas present.

Posted by Betty Castleberry at 7:18 AM